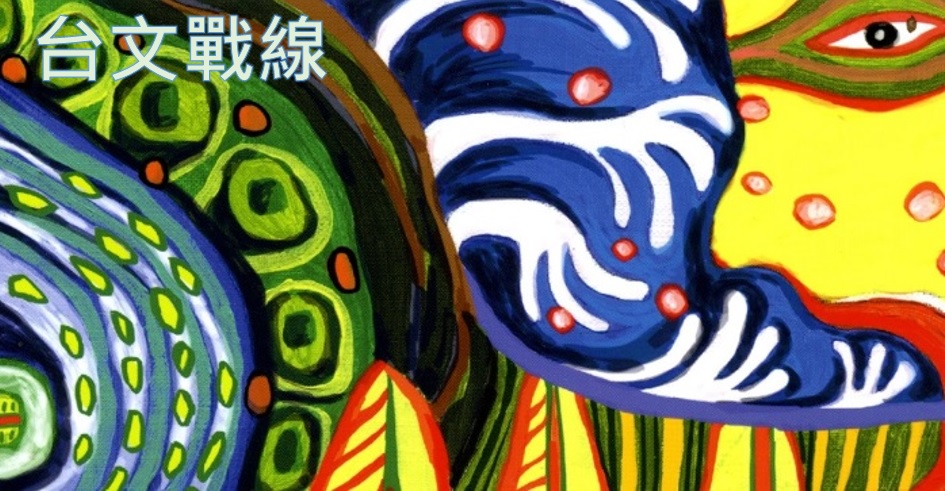 Who Is the Lucky One? by Lee Hsiu

Is he Happy? Or am I happy? Let me explain what the problem is:

One afternoon at the beginning of spring, my future husband and I walked slowly along Love River which is not only the place for a date with lovers, but also has a quality suggestive of poetry. However, I felt neither poetic intensity nor affection. We had known each other for so long, but we still didn’t know how to talk to each other. By this time, I felt like I was fulfilling a formulaic duty of life. We both walked along the river for a long time. I was so bored that I wanted to go home. When I said I would go home, he anxiously proposed our next date.

It was his landlady who had introduced him to me. She trusted his courteous nature, which she thought would be a good match for a woman who was both innocent and compassionate. The landlady had been sincerely looking for the right one for him for a long time. At last, she found me to match her unique tenant. She also said that, although he was perfect, he still had a little bit of weakness. He was too introverted for women to find him attractive.

Yes, I experienced his weakness when we first met. Though I was really bored with such an insipid person, I gave him a friendly nod when he made a request for another date. A nod that I didn’t really mean. Therefore, I totally forgot about our date because of the musical notes that filled my mind and soul as I played the piano. Was I fated to be with him? Later, I wondered what my motive was in going out for a walk after having played the piano until midnight.

A person appeared at my door as I opened it. I didn’t know what was happening. Here was this man who was excited at my presence. He hurried to me.

“Did you come here at five o’clock?” I recalled what time we should have met.

“Yes! I trust you! I knew we would be meeting again.”

“Have you been waiting here for six hours?”

“Doesn’t matter, I enjoy the surroundings in which you live.”

Who said he was a simple man? In my opinion, not only was he an energetic engineer, but also an enthusiastic lover. I had a weakness as well. I didn’t like to disappoint others; moreover, facing this unreasonable passionate person, how could I refuse him? In fact, I admired a man of charm and sensibility; unluckily, he lacked this personality. On the other hand, just as the saying goes, “No garden is without weeds,” he had both good and bad qualities. Of course, his many good qualities may make up for his one bad quality. After two months, I became his wife.

He may have called me his all and offered me his devotion every moment. However, I considered that his passion was not only for this present life, but he wanted it to continue into the afterlife. How could I explain the look of adoration in his every action? Yes, his love was like a waterfall. “I give my whole water in joy,” sings the waterfall, though a little of it would be enough to quench one’s thirst. However, things didn’t turn out as he wished. After we married, not only did I need to help his family turn the corner financially, but I also needed to have total patience and tolerance to deal with his five siblings.

As an example, my husband’s older sister was a vain and arrogant woman, whereas I was a practical and humble one. There were huge differences in our viewpoints. Consequently, I didn’t like her at all. She always dressed in my clothes or used my cosmetics without my permission. Finally when I found something missing from my closet, I hit the ceiling about her bad manners. Once she turned me off completely. The day she asked me to teach her piano, I told her I had no time. Immediately, she complained to her brother, and then she spilled a cup of dirty water on my dear piano so that my beautiful musical instrument couldn’t be played for some time. I was furious, and it almost caused a divorce.

Although he blessed me for becoming his spouse, my husband’s family burdened me greatly. It is the undeniable truth that his mercy and trustworthiness resulted in keeping our marriage together; indeed, I depended on his protection a lot. On the other hand, I had my career and my own ideas and interests, so that I didn’t need any more safeguards in my life. For instance, he was always fearful when I was unaccompanied, or I drove alone or I flew abroad. Moreover, he deeply appreciated anything I loved. My girl friends’ husband complained to him a lot because he set a bad example with his behavior which caused their wives to always ask them to emulate him.

If he hadn’t given me so much love that it made me feel suffocated, I wouldn’t have quarreled with him; in fact, I didn’t like that he was extremely unkind to himself and placed too much focus on me. The children also complained “Why doesn’t Papa share our happiness?” Yes, he enjoyed seeing our delight, but he didn’t care about himself at all. My honored teacher Mr. Huang said, “He is like a Buddha incarnated in your family. You must know how high his value is!” If he was a living Buddha, he would be able to endure what others are unable to endure. And so I wondered if he would care if I had an affair? I didn’t try it. I didn’t want to know the result.

But leisure in its activity is work; the stillness of the sea stirs in waves. In these ways, life seems to form a balance, in other words, it’s like a circle in the universe. I suppose if the earth just had sunshine, but not morning light, dark clouds or the afterglow of sunset, it would burn everything.

” Please! Don’t give me so much love,” I exclaimed at last. “Or I will be overloaded by your extreme affection. You know, too much is as bad as not enough.”

“I am sorry, my dear! I just try to do my best to please you. If it burdens you, I will change my behavior.”

So we made a deal, but his previous attitude was back in a few days. In the depths of his mind, it seemed that there was no willingness to persist in charging his behavior. I had to accept him as he was.

Now the sky gradually grows darker; and before long a moonbeam streams through the windowpanes and Chopin’s Nocturne melody fills every corner of our house. Our daughter has gone to Taipei for her music studies. I worry about her adaptation to her new environment because it is her first time away from home. Fortunately her father has managed to visit her every week. Now, we can stop worrying about our beloved daughter.

However, this morning we got a call from our daughter. She asked that her father not visit her so frequently. “My classmates tease me as a child that never left the nest. I feel disabled.” Yes, our little princess is growing rapidly and becoming a mature student. She also emphasized, “Dad, please don’t come to Taipei tonight!” For this reason, he feels anxious the whole day, whether sitting or standing. Poor guy! If we urge him to pay less attention to us, he feels restless with nervousness.

“Honey, it’s midnight, you need to wake up early tomorrow, and you should go to bed.” I fear that he is becoming depressed. Instead, he offers me a cup of hot milk.

“I am worrying that she might feel homesick. If you both don’t like me to go to Taipei, of course, I will listen to you!”

I smile at him gratefully while drinking the hot milk; even though I am not thirsty at all.

“I know you are thirsty!” He is as satisfied as if it’s our first date.

Friends see me as a lucky woman. I consider that he is luckier than I am because he really understands how to appreciate the beauty of our family, whatever we are doing.

Nevertheless, the problem at this time is that a violent emotional storm has damaged our relationship of over twenty years. I thought that my voyage had come to its end because my beauty was diminishing. But now I see that he will find no end to the beauty in me and I am also learning from him how to appreciate the beauty in him. Thus, all that is harsh and dissonant in my life melts into one sweet harmonious melody, and I spread my own wings like a gleeful seagull as it begins its flight across the ocean.