It must have been the middle of the night. The telephone rang.

"It must be a wrong number again," I thought. Feeling quite annoyed, I turned on the light and picked up the receiver.

"Is Ahtsu there?" a weak voice asked. “Ahtsu” was the name for me that only family members used.

"Papa!" I threw off my blanket and sat up straight.

"Where is your mother? Where is everybody?"

"Please tell her to come home as soon as possible. I have to go to the office."

Dear Mother. You must be present. I just dreamt about you too.

"There's nobody here to take care of your grandma,” he muttered. “What should I do?”

Both Mother and Grandma had been dead for over twenty years.

"Father, please calm down! I will be right over."

I have four brothers. Father lived with the third one, about ten minutes by foot from my house. I ran and got there in three minutes.

"Whose turn is it to look after Father tonight?” I asked when I arrived.

Father was wandering around in an agitated state. He was so worried about security that he couldn't sleep. Even back then, there always seemed to be someone to wait up for.

"There's nothing to worry about, Papa. Have you forgotten that Grandma and Mama passed away?” I repeated over and over. Perhaps my presence gradually dispelled his visions. At last he seemed to get over it.

Because of his sleeplessness, we hired a nurse to be with him during the day. We hoped that would help him sleep. It was no use.

My brothers felt that Father's problem originated in earlier years. In the prime of his life, Father held down two jobs to support a family of ten - one during the day and another at night. On the night shift, he hardly slept. Of course, during the day he was expected to be wide awake. He had worn down his teeth because he gritted them every time he had to lift something heavy.

Except when Grandma was sick, my memories of childhood were good. No wonder my brothers accused me of being a little princess! As the baby of the family, I was fortunate to benefit from our parents' hard work. It was fun to listen to Father's stories of the bad old days. He really came alive talking about those times. But nowadays, he refuses to talk about the past, especially anything concerning Grandma and Mother.

Any pleasure he might feel immediately evaporated when the shadow of these women crossed his mind. No distraction was sufficient. In any case, we were too busy to keep him company. I thought that maybe he could take up a hobby that might keep him occupied and help him forget his broken heart.

When Father was approximately two years old, Grandpa disappeared. Grandma had to raise Father on her own. At age fifty, she was blind, perhaps because of a million tears? Later, she fell down and broke a leg. After that, she could no longer stand. She had so many troubles and was always sad, asking to die. Life for her was a heavy burden.

In the mid 1940s, Taiwan was occupied by the Japanese. While everyone suffered, our problems were exacerbated by Grandma's misfortunes. No one could help us. The mood at home rose and fell according to her every emotion. Even though Mother did her best to get along with her mother-in-law, nothing she did was good enough. Father scolded Mother when Grandma was displeased. Mother would return silently to her chores, stifling a sniffle.

Once when I was ten, I got up, put on my clothes, and went to look for my mother. I couldn't find her anywhere. I was quite upset. As usual, Grandma was crying.

"Shut up!” I screamed at her. "Why can't you be nice to Mother? Did you know that she has disappeared? What should we do now?"

Crying my heart out, I ran outside, looking for my poor mother. I arrived at an abandoned temple. The roof had fallen in long ago. An enormous sycamore had grown up on the spot where the monks used to live.

The wind sighed as it sent autumn's withered leaves flying. I felt completely abandoned. Suddenly I heard intermittent sobbing. I followed the sound through the high grass.

"Mom..." I was crying and running toward Mother's arms.

"How did you get here, my dear?" She was shocked to see me, but hugged me warmly and stroked my head.

She wiped my eyes and her own and told me not to mention this to anyone. After we returned home, she continued to show concern for Grandma's comfort. She also apologized to grandma for my bad behavior.

I didn't say anything about these events to Father when he came home from work.

"Grandma is on her last legs," he would say. "No wonder she loses her temper sometimes. We must show her more consideration." Even though Father always said this, I couldn't help myself this time.

"Father! You don't love Mother, do you?" I protested.

"Who said that?” my father asked.

It was said that Mother’s ancestor’s conditions were extremely miserable after she was married and moved with her husband to Taiwan. Not only had her parents and siblings all passed away early, but their graves in her hometown of Penghu, which is a small island between the Pacific Ocean and Taiwan Strait, had been sorely neglected. It was a difficult voyage connecting Penghu and Taiwan in this age of poor transportation. Mother was an obedient and dutiful woman. Wanting to help her the family that raised her, she ignored the burdensome journey and decided to go back home to deal with the tombs of her next of kin.

Unfortunately, not long after she finished the large job of grave repairing and returned to Taiwan, her physical condition continued to deteriorate. Sadly, she committed suicide after she came back to Taiwan because she couldn’t stand the pain of serious sickness.

Death and the tomb were strong taboo subjects in these earlier years. Perhaps if Father had been more willing to help Mother, she wouldn’t have struggled alone. By tradition, the wife must pay more attention to her husband’s family than to her own. Otherwise, she would have a despised and depressed life. I always protested against this as complete nonsense, yet my father agreed with these traditions and felt no guilt.

When I was married, I still longed to see him whenever I had free time. He was really happy to see me when I visited him but he always warned me not to focus on him.

“Do you want me to forget you and just focus on my husband’s family? If so, I wish I had never married!” I said.

“Alas….” He seemed to have no answer, my poor father.

After Mother was dead for about one year, Grandma passed away too. Their portraits both hung on the wall in front of my father’s bedroom. Sorrow was hushed into peace in his heart like the evening among the silent dark trees. Afterwards, nothing would interest him anymore. His love for his mother was the sunshine of his life. But this love was like a lamp that had never been lighted for his wife. I looked up to Mother’s picture. Her wistful face seemed to talk to Father, “Do not hide your love in a mountain precipice because it is too high to touch.”

“I want to sleep.” I was so exhausted that I begged Father for rest in the deep night.

It was a deal. He lay down but in no more than five minutes he asked me again: “Where is your mother?”

Third brother woke up at daybreak. With joy, I handed Father over to my brother, who would take him to the park to have some exercise. Indeed, Father has gotten better as long as somebody has talked with him. Neighbours consider that Father is fortunate to have such obedient children.

I was of the opinion that we have been using his footprints to model our behaviour. However, Father, I must tell you that we are smarter than you because we not only express our love to you, but we also express love in the treasury of our marriage. 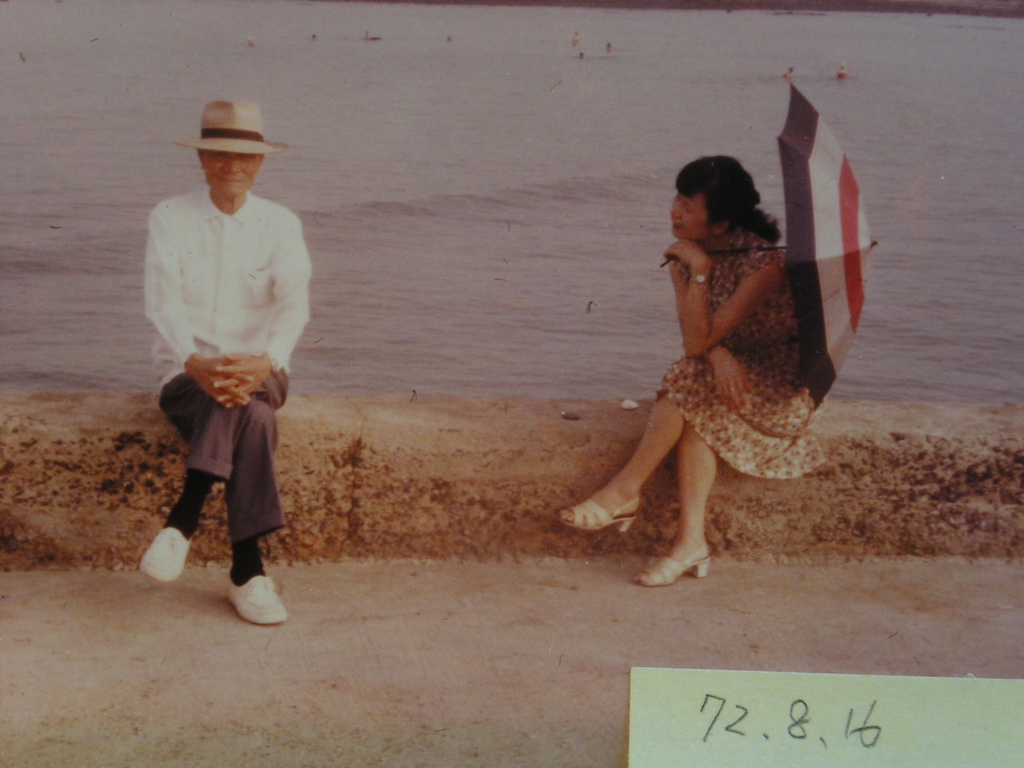