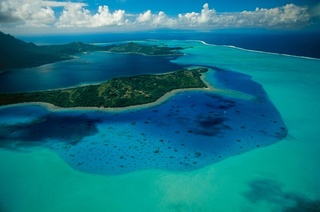 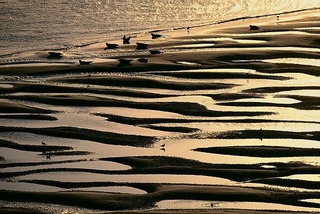 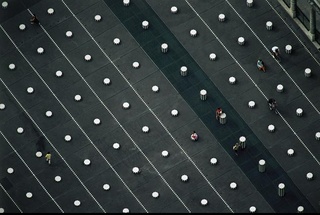 The French greatest photogrpher, Yann Arthus-Bertrand had taken series of photographs such as "Earth from Above", " Home " the film and some special featuring series etc. The former one is especially amazing in recording of the earth from above by 365 days. Yann is not only taken the fantastic and gorgeous pictures but also make a record as "The earth in numbers" that we can view how and what the people live differently on the earth and knowing the discrimination is actually existed.

. 40% of the world population does not have electricity-that totals about 2.5 billion people. . 47% of the world's population lives on less than two US dollars per day.
. The share of the 50 poorest countries in world trade has gone from 4% to 2% over the last
decade(until 2000)
. 33% of children under the age of 5 suffer from malnutrition.
. one out of four adults is illiterate in the world.
. One out of five people in the world does not have access to modern healthcare.
. 95% of the people infected with AIDS live indeveloping countries.
. The foreign debt of developing countries has grown more than 6 times its amount since
1970, totoally 2.8 trillion dollars in 1999.
. Developed countries represent 86% of private expenditure consumption.
. OECD countries share 67% of worldwide trade (7trillion dollars).
. The total wealth of 200 richest people is 1.14 trillion dollars.
. The unemployment rate is around 4%.
. One person in France produces 350kg of household waste in one year.(that is 1kg per day)
. One person in US produces 700 kg of household waste in one year.
. Almost half of the 17,000 natural reserves in the world are currently being used for
argricultural purposes.
. One person in France consumes between 150 and 250 liters of water per day.
. The average Kenyan uses 4 liters of water per day.
. One person in New York consumes 680 liters per day.